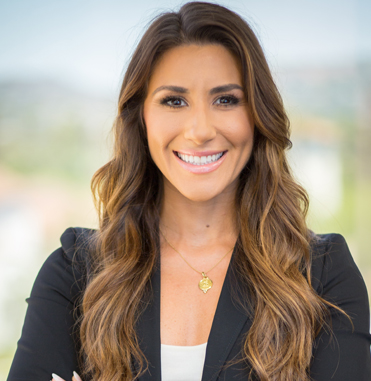 Cortney Shegerian is a founding member of Shegerian Conniff LLP and lead trial lawyer. Her practice focuses on employment law and includes all aspects of case management from inception through trial, with particular emphasis in jury trials and case resolution. Ms. Shegerian has extensive experience and success in mediation, all aspects of litigation, trial preparation and jury trials. Throughout her career as an attorney, she has tried numerous cases in both State and Federal Court. Ms. Shegerian has argued in the California Court of Appeal and the Supreme Court of California. Ms. Shegerian places her focus on
discovering each client’s personal experience in order obtain the best possible outcome for their case.

Ms. Shegerian was named one of the “Most Influential Women Lawyers in Los Angeles” in 2017 and was named to he same award in 2019 and 2021. In February 2017, she became one of the youngest attorneys in California to argue a case before the California Supreme Court.

Ms. Shegerian has served as a speaker and panelist in the area of employment law for the Women Lawyers Association of Los Angeles on March March 11, 2021, speaking on the topic of “Race in the Courtroom: A Look at How Race and Racial justice Are Influencing Litigation Across the Legal Spectrum” and the Consumer Attorney of California Travel Seminar in Hawaii, November 28-December 1st, 2017, Speaker on the topic of “Gender Discrimination in the Workplace: Is It Affecting Your Client?”, Consumer Attorney of California Travel Seminar in Sonoma, April 1-2, 2016, Panel Speaker on the topic of “Finding the Story in your Employment Trial.”, the Los Angeles County Bar Association Saturday Seminar November 14, 2015, Panel Speaker on the topic of “Nuts and Bolts” of Employment law, “Plaintiff’s Perspective on Disability Discrimination.”

Ms. Shegerian is an active Board Member for the Peggy Albrecht Friendly House, a volunteer for the Los Angeles County Bar Association’s Domestic Violence Program at Stanley Mosk and a volunteer at the Sojourn Battered Women’s Shelter in Santa Monica.

Throughout her career as an attorney, Ms. Shegerian has secured settlements and judgments in excess of $100 million for her clients.

$352,083.00 verdict for an employee wrongfully terminated

Member Of The Following Legal Associations