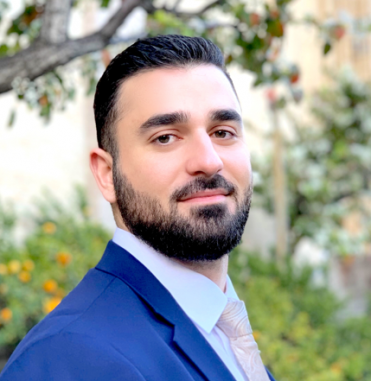 Levon Derkalousdian is an attorney with Shegerian Conniff LLP. His practice focuses on employment law and includes all aspects of pre-trial litigation, litigation, and arbitration. Mr. Derkalousdian zealously advocates for his clients and takes pride in lending a voice to employees who have been wronged by their employers.

Mr. Derkalousdian joined the firm as a Law Clerk in 2019 and drafted several motions, conducted discovery, and participated in mediations. Prior to this, Mr. Derkalousdian worked at the Los Angeles Public Defender’s Office—the largest public defender’s office in the nation—where he drafted motions, interviewed incarcerated clients and helped prepare for trials.

In addition, Mr. Derkalousdian was part of the highly selective Dean’s Fellow Program, where he served as the Supervising Executive Dean’s Fellow due to his academic accomplishments and a keen sense of leadership.

Prior to attending law school, Mr. Derkalousdian was a JusticeCorps member for three years, where he served pro se litigants in family law actions at the Stanley Mosk Self-Help Resource Center. He worked primarily on the dissolution of marriage and parentage cases and helped victims of domestic violence at the Restraining Order Center.